Connect with us
Catherine Hardwicke is in early negotiations to direct The Maze Runner for 20th Century Fox. 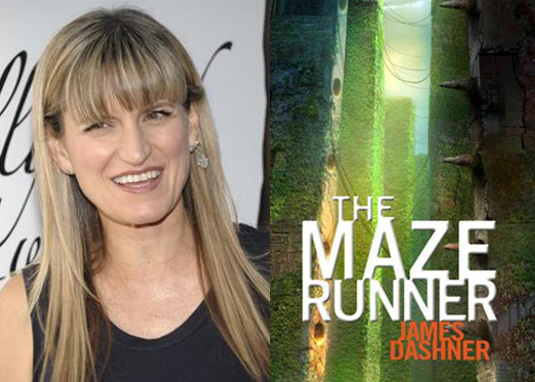 The movie is based on James Dashner‘s novel of the same name, which is the first book in his popular sci-fi trilogy, published in October 2009. The author is expected to adapt the screenplay. The story follows a boy named Thomas who wakes up in a strange place called the Glade with no memory aside from his first name. The Glade is an enclosed structure populated by other boys and is surrounded by tall, stone walls that protect them from monsters called Grievers that live in the Maze, which surrounds the walls around the Glade. Here’s The Maze Runner book description: When Thomas wakes up in the lift, the only thing he can remember is his first name. His memory is blank. But he’s not alone. When the lift’s doors open, Thomas finds himself surrounded by kids who welcome him to the Glade – a large, open expanse surrounded by stone walls. Just like Thomas, the Gladers don’t know why or how they got to the Glade. All they know is that every morning the stone doors to the maze that surrounds them have opened. Every night they’ve closed tight. And every 30 days a new boy has been delivered in the lift. Thomas was expected. But the next day, a girl is sent up – the first girl to ever arrive in the Glade. And more surprising yet is the message she delivers. Thomas might be more important than he could ever guess. If only he could unlock the dark secrets buried within his mind. The story is continued in Dashner’s second book, The Scorch Trials. Hardwicke, who directed the original Twilight, recently wrapped Red Riding Hood for Warner Bros.
Continue Reading
Advertisement
You may also like...
Related Topics:Catherine Hardwicke, James Dashner, The Maze Runner