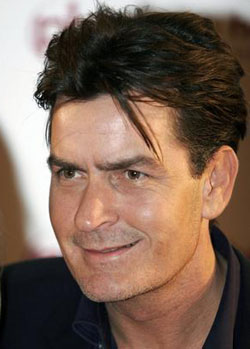 “Wall Street 2: Money Never Sleeps” shooting begins this week in New York, 23 years after its predecessor – Oliver Stone‘s “Wall Street.” “I thought it was a bubble that was over,” Mr. Stone said of the 1980s. “I thought those days were going to come to an end. The excess.” The story finds Gordon Gekko finishing his prison sentence and attempting to reconcile with his estranged daughter. “Wall Street” could be a movie about second chances. “When Gekko (Douglas) comes out of prison in the beginning of this movie, he essentially has to redefine himself, redefine his character,” Stone said of the sequel’s story. “He’s looking for that second chance.” Oliver Stone has just confirmed to NY Times that Charlie Sheen, who played the central role of Bud Fox, a young trader, in the original, will make a cameo in his upcoming “Wall Street” sequel. No word on how Sheen has been worked into the script. The rest of the cast includes Michael Douglas as Gordon Gekko, Shia LaBeouf as Jake Moore, a young trader who is the fiancé of Gekko’s daughter, played by Carey Mulligan, Frank Langella as Jake’s mentor, Susan Sarandon as Jake’s mother. Josh Brolin will star as the head of an investment bank. The movie is scheduled to be released by 20th Century Fox next April.
Continue Reading
Advertisement
You may also like...
Related Topics:Carey Mulligan, Charlie Sheen, Frank Langella, Josh Brolin, Michael Douglas, Oliver Stone, Shia LaBeouf, Susan Sarandon, Wall Street 2: Money Never Sleeps