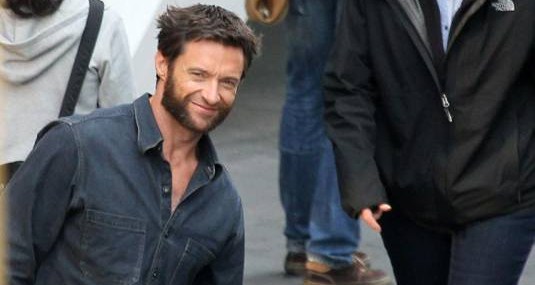 We have some cool new pictures from the set of The Wolverine, which means only one thing – more Hugh Jackman! I know you love every single update on the James Mangold directed movie which is set to open next July, so make sure you check out the rest of this report for a better look at Jackman and his co-star Rila Fukushima. As you already know, Jackman’s character Logan aka the eternal warrior and outsider, is this time in Japan, and right there samurai steel will clash with adamantium claw as he confronts a mysterious figure from his past in an epic battle that will leave him forever changed. Too bad that we can’t see some of that samurai action from these images, but what the hell – the most important thing is that Mangold and his team are obviously having a lot of fun. Besdie Jackman and Fukushima, The Wolverine also stars Will Yun Lee, Svetlana Khodchenkova, Hiroyuki Sanada, Hal Yamanouchi, Tao Okamoto and Brian Tee. The movie is set to open on July 26th, 2013.