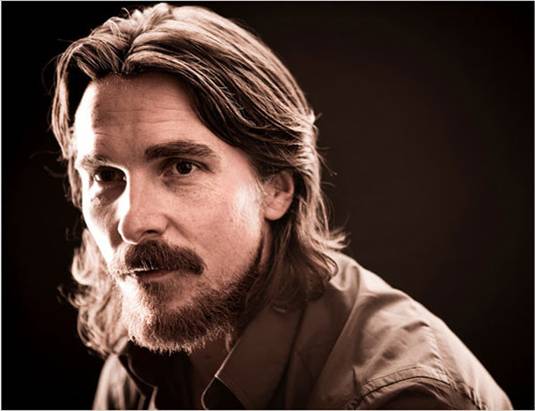 Darren Aronofsky aims to follow up his worldwide hit Black Swan with his most ambitious project so far, a $130 Milion retelling of Bible story of Noah’s Ark. And he wants Christian Bale for the lead, attaching a star big enough to captain the mythical vessel. Fastening Bale before there’s money to make an offer Aronofsky probably wants to take advantage of both securing a guiding actor and making easier the rest of the money needed to make such a big-budget, effects-driven feature. I think it won’t be difficult that the actor (37) portraying much older man (600) – Bale proved he can look as the role demands. But the thesp will be occupied with Christopher Nolan in The Dark Knight Rises for much of the rest of 2011 and that could be a problem. The last important film of the story of Noah to make it to theaters came in 1928, despite the fact that an animated film, Noah’s Ark: The New Beginning, should release sometime later this year. Aronofsky said about the main character:

Noah was the first person to plant vineyards and drink wine and get drunk. It’s there in the Bible – it was one of the first things he did when he reached land. There was some real survivor’s guilt going on there. He’s a dark, complicated character.”

Black Swan helmer has shown activity in similar genre in the past as he directed an epic retelling of the story of Moses. Despite his latest try at filmmaking on a grand scale, The Fountain, almost broke his career, the filmmaker is still a brave man, planning a “fantasy epic” which will give a chance for him to “create a world”. No doubt, Aronofsky has made a couple of first-rate films (Pi, Requiem for a Dream), so ok, wish him luck. The trio of studios circling the project, which includes Paramount, Summit and Fox, and Noah’s Ark is set up at the Fox-based mini-studio New Regency since at least 2007. Stay tuned and check out Aronofsky’s short graphic novel Noah. [youtube]http://www.youtube.com/watch?v=dYm8boMxry0[/youtube]