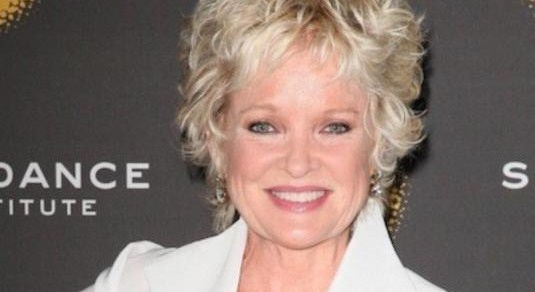 Here’s a little casting update. Christine Ebersole has joined the cast of Martin Scorsese‘s upcoming The Wolf of Wall Street movie. This project definitely has an awesome cast on board, including Leonardo DiCaprio as the lead, and as you already see from our title, Ebersole will jump in to star as his mother. Scorsese’s movie is based on Jordan Belfort‘s best-selling memoir of the same name, which chronicles Belfort’s dramatic rise and fall on Wall Street, along with his hard-partying lifestyle and tumultuous personal life, which included drug and alcohol addiction. I’m sure his mother will have her important five minutes in this story. Beside DiCaprio and Ebersole, The Wolf Of Wall Street also stars Matthew McConaughey, Jonah Hill, Jean Dujardin, Rob Reiner, Kyle Chandler and Margot Robbie. Just in case you like Ebersole’s work, make sure you check her out in Justin Zackham’s upcoming comedy The Big Wedding, where she stars alongside Robert De Niro, Diane Keaton and Katherine Heigl.
Continue Reading
Advertisement
You may also like...
Related Topics:Jean Dujardin, Jonah Hill, Leonardo DiCaprio, Margot Robbie, Martin Scorsese, Matthew McConaughey, The Wolf of Wall Street