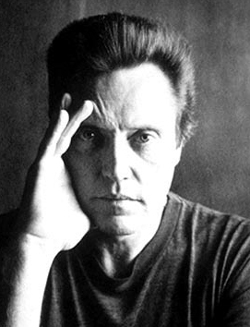 Last thing we heard about this project is that director Tony Scott wants Gene Hackman to take a role in his upcoming movie Potsdamer Platz. We also learned that some great cast is involved in the whole thing: Mickey Rourke, Javier Bardem and Jason Statham. But today, we are here to report that Christopher Walken and French actor Johnny Hallyday have joined the cast as well! Allow us to say one big, non-sarcastic, wow! At this point the thing we don’t know is the status of Statham’s involvement, but we definitely hope he’ll be the part of the project as well. On the other hand, there were some speculations about Al Pacino and above mentioned Gene Hackman, but that’s still – just a rumor. Potsdamer Platz is a story about two members of a New Jersey crime family who decide to expand their business internationally. The novel tells the tale of a New York Mafia family who start a massive criminal organization in Berlin at a construction site located in Potsdamer Platz, a famos public Square. The screenplay, initially written by Buddy Giovinazzo, has been taken on by Sexy Beast scribes David Scintoand and Louis Mellis. Let us also add that the title will likely change before the film begins production. We’ll definitely keep an eye on this Potsdamer Platz movie. Stay tuned!
Continue Reading
Advertisement
You may also like...
Related Topics:Al Pacino, Christopher Walken, Jason Statham, Javier Bardem, Johnny Hallyday, Mickey Rourke, Potsdamer Platz, Tony Scott