Connect with us
The Chronicles of Narnia: Prince Caspian will debut at a record-breaking premiere in London, the BBC reports. 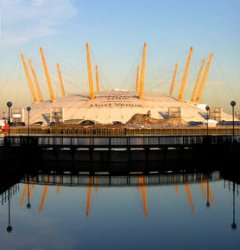 The film will get its first showing at the O2 arena in front of an audience of 10,000. A giant cinema screen will be installed at the venue, making the Disney film’s premiere the “biggest single screen, shared audience experience ever”. Based on the book by C.S. Lewis, Prince Caspian is the second entry in Disney‘s Narnia franchise following 2005’s The Lion, the Witch and the Wardrobe. Liam Neeson and Tilda Swinton reprise their roles from the first film while newcomer Ben Barnes plays the titular Prince. Tickets for the premiere go on sale from tomorrow (May 9) with a portion of the money raised being donated to Great Ormond Street Hospital Children’s Charity.
Continue Reading
Advertisement
You may also like...
Related Topics: