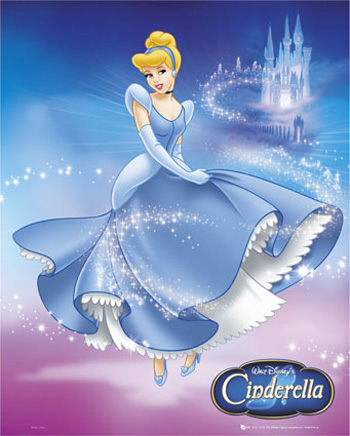 Fairy tale fans, check this out! Aline Brosh McKenna‘s live-action version of the 1950 animated classic Cinderella is coming! So, if you, even for a second, thought that Alice in Wonderland or Enchanted was all that Disney had to offer us, you were wrong, because, as you see, they are planning on making a live action Cinderella movie, although nothing is definite yet! So, at this moment we only have an information that the movie will deviate “from the original fairy tale”, but we can only assume that the new version will be released in 3D, like reimagining of Alice in Wonderland. And we all know that Alice was huge success, which has now grossed more than $980,533,915 worldwide, right? And here’s what reports say: Best known for writing The Devil Wears Prada, Brosh McKenna brought the pitch to Disney first and the studio took it off the table preemptively, envisioning the property as a good fit for its mandate of branded family entertainment. Simon Kinberg will produce the project, having previously collaborated with Brosh McKenna on a production rewrite of Fox’s Date Night.” And, who knows, maybe Brosh McKenna could be just the perfect choice, since we all know she’s the writer behind the upcoming comedy project Morning Glory, as well as Fox’s We bought a Zoo. We’ll definitely keep an eye on this project, so make sure you stay tuned!
Continue Reading
Advertisement
You may also like...
Related Topics:Brosh McKenna, Cinderella