The American Film Institute (AFI) announced today that J. EDGAR, directed by AFI Life Achievement Award recipient and Academy Award-winning director Clint Eastwood, will have its world premiere as the Opening Night Gala of AFI FEST 2011 presented by Audi. The film stars Academy Award nominee Leonardo DiCaprio in the title role, along with Academy Award nominee Naomi Watts, Armie Hammer and Oscar winner Judi Dench. It is produced by Academy Award winners Eastwood and Brian Grazer, and Oscar nominee Robert Lorenz. From an original screenplay by Oscar winner Dustin Lance Black, the film explores the public and private life of one of the most powerful, controversial and enigmatic figures of the 20th century, J. Edgar Hoover, founding director of the FBI. “Clint Eastwood is an American icon – one whose work as a director, actor, producer and composer not only stands the test of time, but also continues to add new, rich chapters with each passing year,” said Bob Gazzale, President and CEO of the American Film Institute. “What a gift it is to be going to the movies when Clint Eastwood is making them, and what an honor it is for the American Film Institute to premiere his latest contribution to America’s cultural legacy.” J. EDGAR stars Leonardo DiCaprio, one of today’s most acclaimed actors, who recently headlined the worldwide blockbuster INCEPTION. He has been honored with three Academy Award nominations for his performances in BLOOD DIAMOND, THE AVIATOR and WHAT’S EATING GILBERT GRAPE. His impressive credits also include THE DEPARTED, SHUTTER ISLAND, CATCH ME IF YOU CAN and TITANIC. 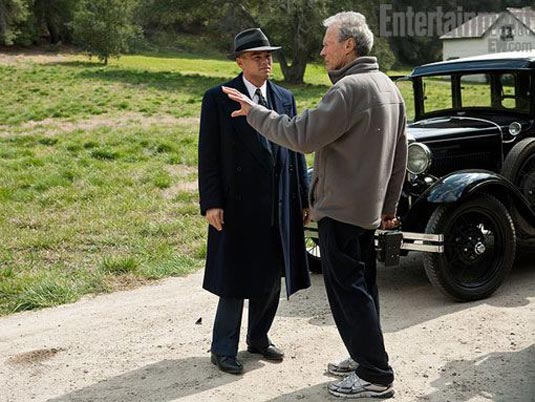 Eastwood has a long history with AFI. He was the recipient of the AFI Life Achievement Award in 1996 – described as “an actor who doesn’t waste words and as a director who doesn’t waste images” – and his films have appeared on the annual AFI AWARDS top ten list four times since 2000 – GRAN TORINO (2008), LETTERS FROM IWO JIMA (2006), MILLION DOLLAR BABY (2004) and MYSTIC RIVER (2003).
Continue Reading
Advertisement
You may also like...
Related Topics:Armie Hammer, Brian Grazer, Clint Eastwood, Dustin Lance Black, J.Edgar, Judi Dench, Leonardo DiCaprio, Naomi Watts