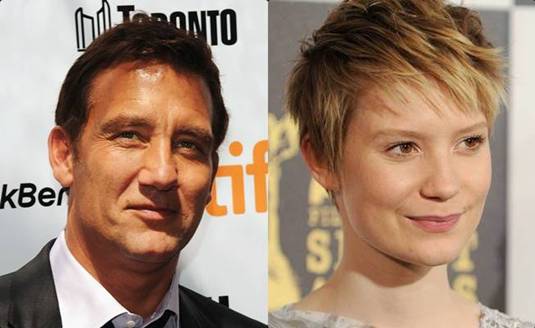 Clive Owen and Mia Wasikowska were reportedly offered the two remaining leading roles in Old Boy, following passes from both Colin Firth and Rooney Mara who were first approached to take on the same roles. Offer to play the antagonist  have gone out to Christian Bale, firstly. While Wasikowska has some history with Park Chan-wook, the director of the original Old Boy film, Clive Owen has a history with ‘new’ Old Boy director Spike Lee. She just finished filming Stoker, the director’s English language debut, and Owen worked with Lee on his thriller Inside Man. Also, both Mara and Wasikowska recently turned down Pride and Prejudice and Zombies, and tested for Terrence Malick’s Lawless, which Mara eventually won. The Old Boy film is the remake of the 2003 Chan-wook Park movie about a man who is kidnapped and imprisoned for 15 years without given a reason. Upon his release, the man teams with a young girl to hunt down the person responsible for his incarceration. Josh Brolin is set to play the protagonist, Owen would play his captor and Wasikowska would play the young girl should all the deals be signed. After she charmed audiences as Alice in Tim Burton’s billion-dollar grossing project, Wasikowska proved her serious acting skills in The Kids Are Alright and Jane Eyre, and feel comfortable with small dramas in the near future, with a role in Glenn Close’s Albert Nobbs and John Hillcoat’s The Wettest County in the World. Owen is on the other hand currently shooting IRA thriller Shadow Dancer and maybe this will be the role that brings him back to the A-list. However, Old Boy is due in the theaters sometime next year. [youtube]http://www.youtube.com/watch?v=Paw9Myjf2gA[/youtube]