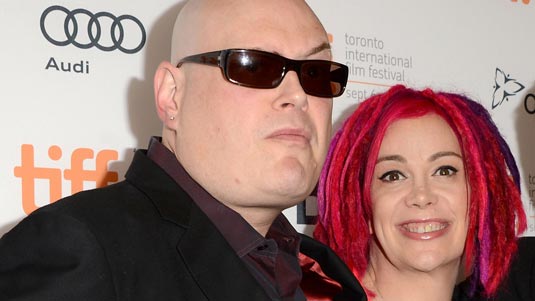 Though it managed to eventually make an impressive $107 million worldwide, Cloud Atlas had a shameful entry in the box office of 2012, an expensive and beautiful passion project that had the critics divided and was mostly rejected by American audiences. Even the movie’s Blu-ray release has been pushed back all the way to May, and fans of the film will be grinding their teeth at Sunday’s Oscars watching other films take prizes home. But despite the financial failure of Cloud Atlas the Wachowskis are moving on in style, planning what might be an even more ambitious sci-fi project, Jupiter Ascending. Starring Channing Tatum, Mila Kunis, Les Miserables star Eddie Redmayne and Sean Bean, they’ve got the names to get attention, and now, according to Deadline, they’ve secured some extra money to make it happen. Australia’s VIllage Roadshow will be teaming with Warner Bros. to finance the film, in which Kunis plays a low-ranking human who is targeted for assassination by the alien queen of the universe. Yeah… that does sound like the story in need of a little extra money. It’s a bit of a relief to see the Wachowskis still pushing forward and recovering from the fall, and I hope that the lukewarm reception to Cloud Atlas won’t dampen the great and independent streak they’ve launched since well before their Matrix breakthrough. Whether or not you liked Cloud Atlas, it’s hard to deny their passion in what they do. And if it happpens that more of you go to see Jupiter Ascending than Cloud Atlas, we can hopefully count on more from them in the following years.
Continue Reading
Advertisement
You may also like...
Related Topics:Channing Tatum, Cloud Atlas, Eddie Redmayne, Jupiter Ascending, Mila Kunis, Sean Bean, Wachowski, wachowskis