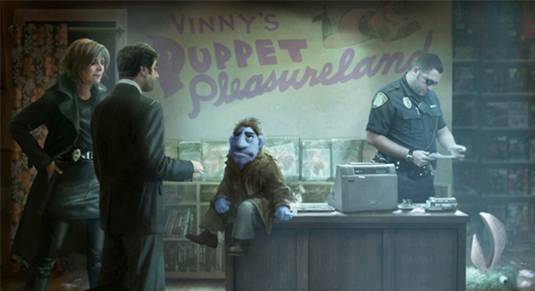 The first official look of Brian Henson‘s The Happytime Murders, a kinda sorta Roger Rabbit, is now online. A dark comedy which Jim Henson Co. has been developing since 2008 was written by Todd Berger. One of concept art illustrations shows ex-cop Philips, the other takes place in some kind of puppet sex shop in the middle of a crime scene. The human woman standing on the left of the image might be Katherine Heigl’s character on the scene. The following is a summary of The Happytime Murders: 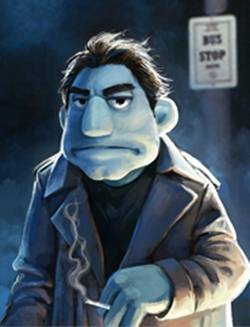 In a world where puppets co-exist with humans as second class citizens, puppet private eye and disgraced ex-cop, Phil Phillips, is hot on the trail of the serial killer who murdered his brother and is now targeting the cast members of the famous 80s television show, ‘The Happytime Gang.’ As the killings continue, Phil’s former flame, Jenny, is next on the list. It’s up to Phil and his ex-partner, Detective Edwards, to find the culprit, but as bad blood and old resentments resurface the clues start pointing to the only viable suspect, Phil himself. Now he’s on the run with only his wits and hard headed determination, as he tries to solve, ‘The Happytime Murders.’ 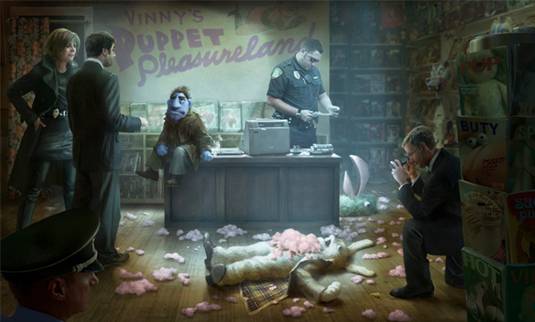