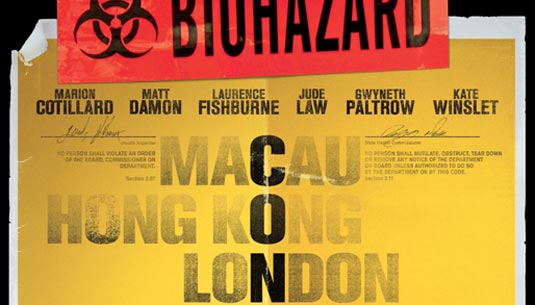 Warner Bros. has released the first teaser poster for the highly-anticipated viral thriller “Contagion,” which debuts in theaters nationwide on September 9. Matt Damon, Kate Winslet, Jude Law, Gwyneth Paltrow, Marion Cotillard, and Laurence Fishburne grace us with this disease driven thriller that is sure to increase your paranoia and further isolate you from the public. “Contagion” follows the rapid progress of a lethal airborne virus that kills within days. As the fast-moving epidemic grows, the worldwide medical community races to find a cure and control the panic that spreads faster than the virus itself. At the same time, ordinary people struggle to survive in a society coming apart.” The film is directed by Steven Soderbergh. If you haven’t seen “Contagion” trailer, check it out now! Follow FilmoFilia on Twitter and FilmoFilia on Facebook for the latest news and buzz. 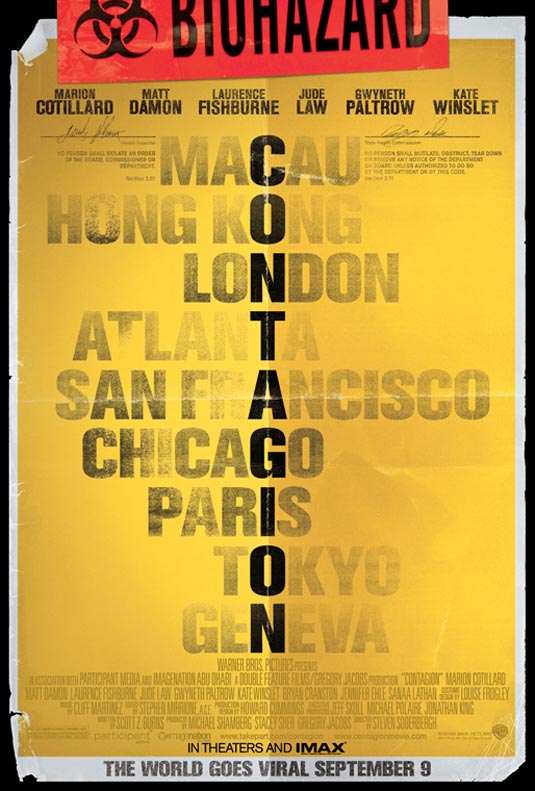