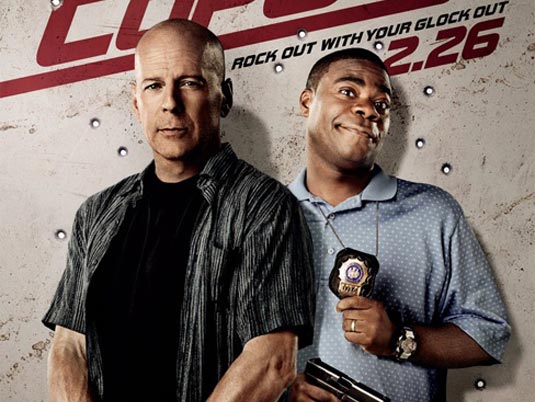 Warner Bros. Pictures has released a new poster for the Kevin Smith-directed action-comedy “Cop Out.” Two longtime NYPD partners on the trail of a stolen, rare, mint-condition baseball card find themselves up against a merciless, memorabilia-obsessed gangster. Jimmy (Bruce Willis) is the veteran detective whose missing collectible is his only hope to pay for his daughter’s upcoming wedding, and Paul (Tracy Morgan) is his “partner-against-crime” whose preoccupation with his wife’s alleged infidelity makes it hard for him to keep his eye on the ball. Check out the full poster after the jump. “Cop Out” stars Bruce Willis, Tracy Morgan, Jason Lee, Michelle Trachtenberg, Adam Brody, Seann William Scott, Kevin Pollak and Mark Consuelos. Check out “Cop Out” in theaters on February 26th, 2010. Let us know what you think in the comments… 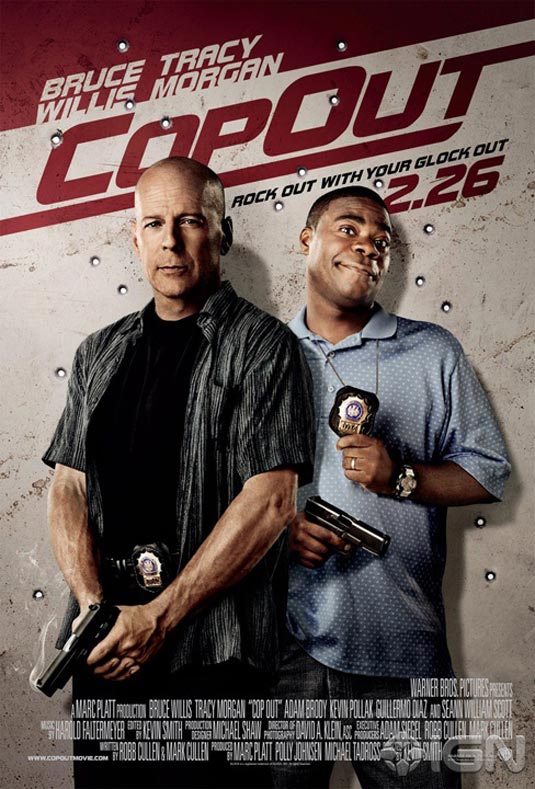