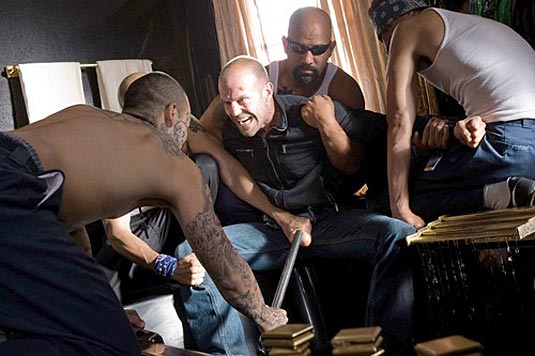 Crank 2: High Voltage is the freak show act at a carnival. It’s so over-the-top that the phrase ceases to have meaning in this context. It’s a bizarre concoction of testosterone, adrenaline, and psychedelics. It seeks not only to top its predecessor, Crank, but to outdo itself at every turn. The problem with all of this is not a lack of entertainment value but the sense of no longer watching a movie. There aren’t any characters and there isn’t a plot. It’s an arcade video game (as is explicitly suggested by the opening credits) run amok, a series of sketches crammed together with no connective fabric. The experience of watching Crank 2 is so atypical that it passes unnoticed when the movie stops without ending (although, to be fair, loose ends are sewn up during the end credits)…read more [Reelviews] 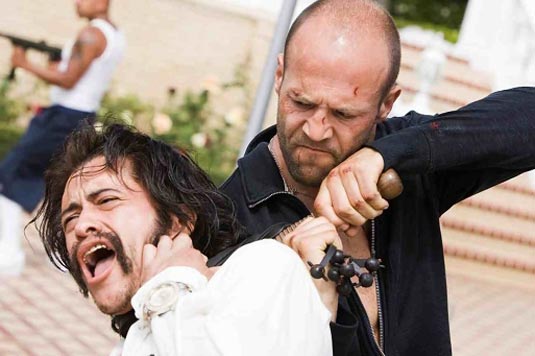