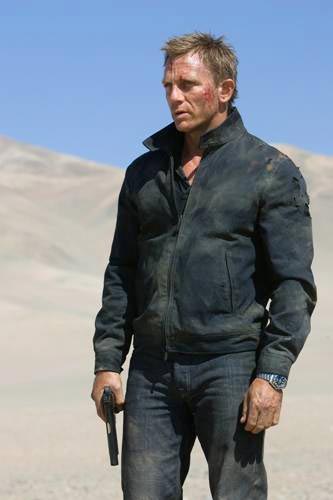 James Bond actor Daniel Craig was rushed to the hospital after he injured his hand while shooting an action scene. Craig had a big cut on his finger on the set of the latest Bond movie “Quantum of Solace” at Pinewood studios in Buckinghamshire, Britain. Witness said:

“There was quite a lot of blood and it was decided he needed to leave the set and see a doctor. Some people are beginning to think the film is jinxed. During filming in Panama, Daniel injured his ribs. And a technician was stabbed in Austria by a woman he met in a bar. In Italy, a stuntman crashed an Alfa Romeo and a mechanic drove an Aston Martin into a lake. Just last weekend a fire damaged some sets at Pinewood”

A spokesperson for the movie said:

“Daniel Craig did sustain an injury to his hand. Craig later returned to the set.”

Continue Reading
Advertisement
You may also like...
Related Topics:Quantum of Solace