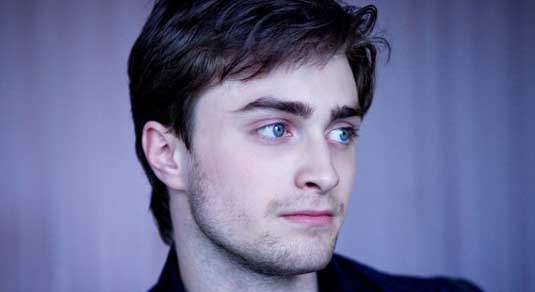 Faith… Freedom… Fun…. Fuck? What the hell is the “F” word? Well, apparently that’s the title of a new romantic comedy, The F Word, which comes from director Michael Dowse and believe it or not, young Harry Potter is somehow attached to star in the whole thing! I mean, can you imagine Daniel Radcliffe in this kind of project after that gothic horror The Woman in Black? This should be fun… One thing is for sure, Radcliffe will have an interesting company, because lovely Zoe Kazan is also set to star as the female lead in the whole thing. The F Word is actually based on the play (which has even cooler title) Toothpaste and Cigars by T.J. Dawe and Michael Rinaldi, and Dowse will direct from a script written by The Samaritan scribe Elan Mastai. The movie will center on Wallace and Chantry, a pair of twentysomethings who meet at a party and hit it off. The only catch is that Chantry has a long-term boyfriend, so with the best intentions and a little denial, they decide to confront the challenge of being just friends. Production on The F Word should start in Toronto on August 15th. With every new update on this story – we’ll be back!
Continue Reading
Advertisement
You may also like...
Related Topics:Daniel Radcliffe, Michael Dowse, The F Word, Zoe Kazan