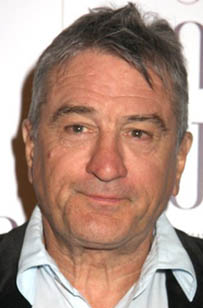 Robert De Niro has reportedly pulled out of forthcoming film ‘New Orleans‘, only to be replaced by his ‘Heat‘ co-star Val Kilmer. De Niro was due to team up with rapper/actor 50 Cent in the Charles Winkler-directed movie, about a police officer who uncovers a trail of deceit and corruption in the police force as he searches for the killer of his former partner. According to Kilmer’s official website, he will be taking on the role of “a burly rough but loyal cop. 50 is my partner…” It is not yet clear whether De Niro is still attached to the project. New Orleans, also known as Microwave Park, would have been De Niro’s second movie with 50 Cent, the pair has just finished filming the upcoming crime drama ‘Righteous Kill‘.
Continue Reading
Advertisement
You may also like...
Related Topics:Robert de Niro, Val Kilmer