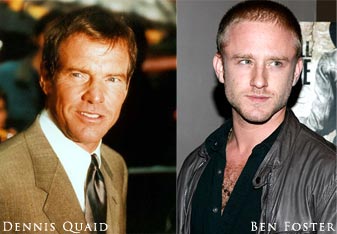 Dennis Quaid and Ben Foster have signed on to topline the sci-fi thriller Pandorum, with Constantin Film financing and Overture Films releasing domestically.According to Variety, Christian Alvart, who made his directorial debut on Antibodies, is attached to direct. Pandorum, penned by Travis Milloy, centers on two crewmen who awaken aboard their spacecraft unaware of their mission or identities and then make a discovery that threatens the survival of mankind. Production begins in early August in Berlin.
Continue Reading
Advertisement
You may also like...
Related Topics: