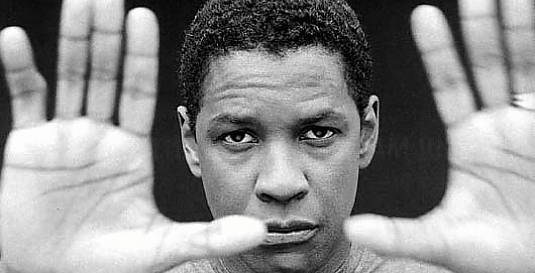 Nothing official at this moment, but at least we know that Denzel Washington is in some serious talks to star in the upcoming adaptation of Adam Sternbergh‘s debut novel Shovel Ready. If negotiations with Flight star work out, he will come on board to play an assassin hired to murder a powerful evangelist’s daughter… Unfortunately, still nothing about the possible director, plot details are pretty thin as well (after all, Sternbergh’s novel will be published in January 2014), but according to the latest reports:

…the story is set in a dystopian New York City that is on the verge of ruin, where a majority of the population escape reality through a digital fantasy world.

And, as we said at the beginning, Washington could come on board to play a killer hired to assassinate a young girl, although he instead becomes her protector. Erwin Stoff is producing through his 3 Arts Entertainment company and…well, that’s basically all we know about Warner Bros. upcoming sci-fi adaptation. Still, it sounds pretty cool, hope you agree?
Continue Reading
Advertisement
You may also like...
Related Topics:Adam Sternbergh, Denzel Washington, Shovel Ready