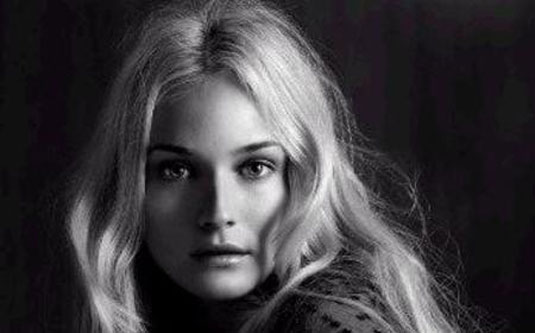 Diane Kruger as Abraham Lincoln’s stepmother. It’s not my imagination. Kruger will indeed star as Lincoln’s stepmom Sarah Bush Lincoln in the Terrence Malick-produced film titled Green Blade Rising. What’s with all that rising these days? I have no idea, but you’ll maybe find the answer to that question if you check out the rest of this report… At this moment we know that the movie will center on the legendary President in his youth in Kentucky. And, we also know that Kruger is quite enthusiastic about her upcoming role in the whole thing. In an interview she revealed:

I play his stepmother, the woman who enticed him to read and put him on the journey to becoming a great man, a great thinker and president. It’s a very American role, something very different for me. I have been spending all summer trying to tackle a rural Kentucky accent from the 19th century, so that will be a huge challenge.

Interesting role for Inglourious Basterds star who most recently appeared in French Marie Antoinette biopic Farewell, My Queen, you’ll agree. As usual, we’ll keep an eye on Kruger’s work, and you – make sure to stay tuned for more updates on Green Blade Rising.