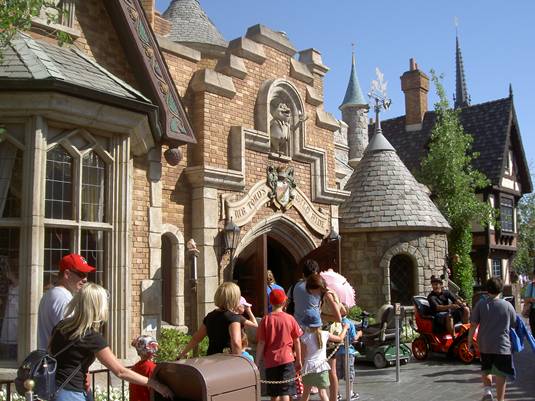 Hey kids, brighten up your day! Disney is planning an adaptation of the beloved theme park attraction Mr. Toad’s Wild Ride, joining the ranks of other park rides headed for the big screen (Pirates of the Caribbean, the Matterhorn, the Enchanted Tiki Room, the Haunted Mansion, and the Magic Kingdom). As you might know the Wild Ride attraction was based on The Adventures of Ichabod and Mr. Toad, the 1949 animated feature based on Kenneth Grahame’s The Wind in the Willows. The ride, one of Disney’s longest-running was eventually closed in 1998 and replaced with ‘The Many Adventures of Winnie the Pooh.’ Therefore, Disney has enlisted Pete Candeland, a music video and commercial director, to develop the film, which will be a live-action/CGI mix, with Tron: Legacy producer Justin Springer producing. The studio is still looking for a writer to draft the plot for the film. As for Candeland, he has helmed a number of videos for the animated band Gorillaz as well as he directed the opening for The Beatles Rock Band. Stay tuned. Hit the jump. [youtube]http://www.youtube.com/watch?v=a0-h2Hy_wvs[/youtube] [youtube]http://www.youtube.com/watch?v=DfnfRzYxAwQ[/youtube] [youtube]http://www.youtube.com/watch?v=bJVgLgYeOu4[/youtube]
Continue Reading
Advertisement
You may also like...
Related Topics: