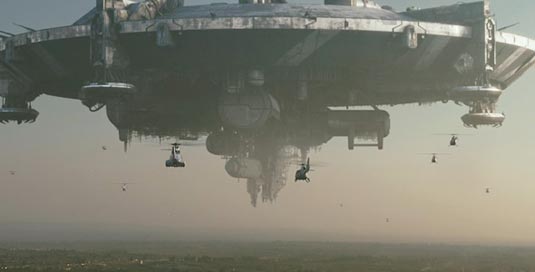 Sony / Columbia Pictures has released the first teaser trailer for Neill Blomkamp‘s sci-fi thriller “District 9” Blomkamp is best known for directing commercials and short films, and Microsoft previously engaged him to shoot three commercials for the product launch of the “Halo 3” video game. The film is done documentary style and tells the story of an alien race that comes to Earth for an unknown reason. They attempt to settle in South Africa but encounter fear, anger, and racism from the locals. Like the short it’s based on, District 9 plays as a not-so-subtle analogy for past and present human race relations and segregation. The film is produced by Peter Jackson, stars Sharlto Copley, and David James. “District 9” opens on August 9. What do you think about the trailer?
Continue Reading
Advertisement
You may also like...
Related Topics:District 9, Neill Blomkamp, Peter Jackson