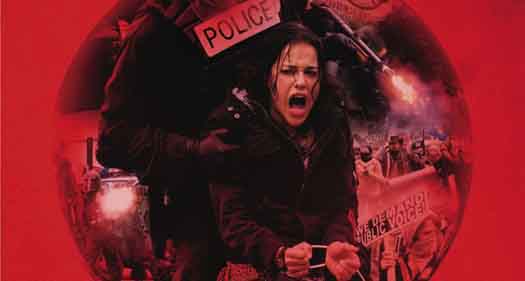 Cinematical has exlusive posters, for “Doubt” and “The Secret Life of Bees.”Check out also new posters for “Last Chance Harvey” with Dustin Hoffman and Emma Thompson, “Battle In Seattle” and “Laid To Rest“. “Doubt” starring Meryl Streep, Philip Seymour Hoffman and Amy Adams. Based on the Pulitzer Prize-winning play of the same name, “Doubt” was written, adapted for the screen and directed by John Patrick Shanley.

Set in 1964, “The Secret Life of Bees” focuses on a 14-year-old girl (Fanning) who escapes her troubled life by fleeing her home with her nanny. They both travel to a small South Carolina town where the child moves in with her caregiver’s eccentric sisters. Sophee Okonedo, Queen Latifah and Alicia Keys play the roles of the three sisters, with Jennifer Hudson playing Dakota Fanning’s nanny. “The Secret Life of Bees” will be released in theaters on October 17.
Continue Reading
Advertisement
You may also like...
Related Topics:Doubt