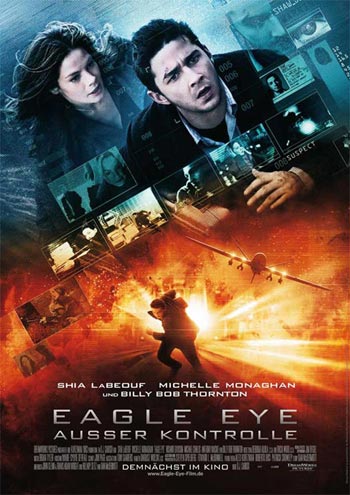 Universal has released an international poster for the upcoming Shia LaBeouf thriller “Eagle Eye,” featuring lots of stills from the movie. In the fast-paced race-against-time-thriller “Eagle Eye” Shia LaBeouf and Michelle Monaghan are two strangers who become the pawns of a mysterious woman they have never met, but who seems to know their every move. Realizing they are being used to further her diabolical plot, they must work together to outwit the woman before she has them killed. The film is scheduled to hit theaters on September 26th.
Continue Reading
Advertisement
You may also like...
Related Topics:Eagle Eye, Michelle Monaghan, Shia LaBeouf