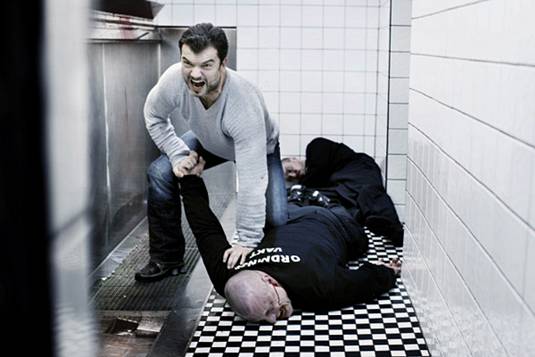 Based on the first part of a best-selling trilogy of novels, a great hit in its native Sweden, a smart, gritty thriller Snabba Cash (Easy Money) has a sequel on the way. While the Weinstein Company still gets the U.S. rights to remake the film, Swedish Film Institute is going to help finance Snabba Cash 2 bringing back all of the key cast members including Joel Kinnaman, Matias Varela, Dragomir Mrsic and Fares Fares for a brand new story on the rest of the same Jens Lapidus’ Stockholm Noir Trilogy, Never Fuck Up and a novel still in the writing. Swedish helmer Babar Najafi, whose last year’s feature debut, Sebbe, gained him a Guldbagge – Sweden’s national film prize – has taken over the Easy Money franchise from Daniel Espinosa. Najafi started principal photography last month in Gothenburg and in Stockholm. The project is aiming for a fall 2012 Swedish release date. No words yet on US release. As you might remember, Zac Efron was previously attached to the expected U.S. remake, but neither word on his role now. As for Kinnaman, original Easy Money brought him to the attention of top Hollywood producers and since then he signed on for AMC‘s The Killing, The Darkest Hour, The Girl With The Dragon Tattoo and the indie movie Lola Versus. Check out the trailer for the original Snabba Cash as well as the trailer for Najafi’s awarded debut film Sebbe – the family Swedish drama with a strong story, great tech specs and good pace. [youtube]http://www.youtube.com/watch?v=guuiDfwulc4[/youtube]

Continue Reading
Advertisement
You may also like...
Related Topics:Joel Kinnaman