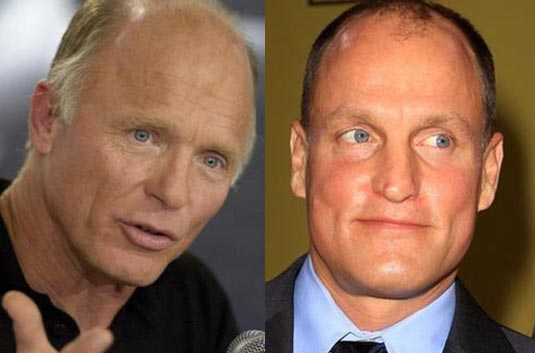 According to the latest reports, Ed Harris and Woody Harrelson have joined the cast of the upcoming Jay Roach‘s project titled Game Change.

I’m sure you all know that we’re talking about HBO’s adaptation of Mark Halperin and John Heilemann’s book of the same name, so you know that Julianne Moore is already on board to play Sarah Palin. Now, we have Harris as Senator John McCain, and Harrelson as Steve Schmidt, McCain’s senior campaign strategist and advisor.

As we said, Game Change is based on John Heilemann and Mark Halperin’s best-selling book of the same name, that will this time be written by Danny Strong, who worked together on HBO’s 2008 movie Recount, about the 2000 election.

Tom Hanks and Gary Goetzman are co-executive producing the movie that will give us a chance to go behind the scenes of the long and captivating campaigns of Barack Obama, Hillary Clinton and John McCain and Sarah Palin.

Or, if you prefer more details: “In 2008, the presidential election became blockbuster entertainment. Everyone was watching as the race for the White House unfolded like something from the realm of fiction. The meteoric rise and historic triumph of Barack Obama. The shocking fall of the House of Clinton – and the improbable resurrection of Hillary as Obama’s partner and America’s face to the world.

The mercurial performance of John McCain and the mesmerizing emergence of Sarah Palin. But despite the wall-to-wall media coverage of this spellbinding drama, remarkably little of the real story behind the headlines had been told – until now. In Game Change, John Heilemann and Mark Halperin pull back the curtains on the Obama, Clinton, McCain, and Palin campaigns. Based on hundreds of interviews with the people who lived the story, Game Change is a reportorial tour de force that reads like a fast-paced novel.”

What do you think about the Game Change cast? Let us know and stay tuned!