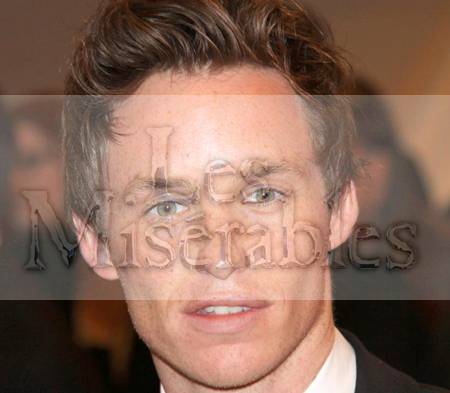 The charming Brit, who won the Best Featured Actor Tony for playing the assistant in Red opposite Alfred Molina, is now looking to take over the film world too. Eddie Redmayne, star of Christopher Smith’s supernatural gothic horror film Black Death, will play the role of Marius, the student revolutionary who falls in love with Cosette, even though he’s loved by the far more interesting Eponine. Marius is kind of a bland character, and talented Redmayne, who has the exact blend of the naive delight of children and mature gravitas needed for this role, joins some pretty great thesps like Hugh Jackman as Jean Valjean, Russell Crowe as Inspector Jalvert and Anne Hathaway as Fantine. Based on Victor Hugo’s 1862 masterpiece Les Miserables, the hit Broadway musical by Claude-Michel Schönberg opened in 1987, and beginning the Number One with the longest running-time for a musical ever. Set against the backdrop of the 19th century French rebellion, the musical has been adapted for the screen by William Nicholson while Tom Hooper has been set to direct. The film will be utilizing the musical’s original score from Claude-Michel Schoenberg and Alain Boublil. Les Miserables go into production early next year for a December 25th, 2012 release date. Redmayne will, meanwhile, appear in a stage turn in Donmar Warehouse’s upcoming production of Richard II and will soon-to-be-seen in British drama film My Week with Marilyn, opening on November 23rd, 2011. Colin Clark (Redmayne), an employee of Sir Laurence Olivier’s, documents the tense interaction between Olivier and Marilyn Monroe during production of The Prince and the Showgirl. Watch the trailer below: [youtube]http://www.youtube.com/watch?v=1-b48Aj8zkg[/youtube]