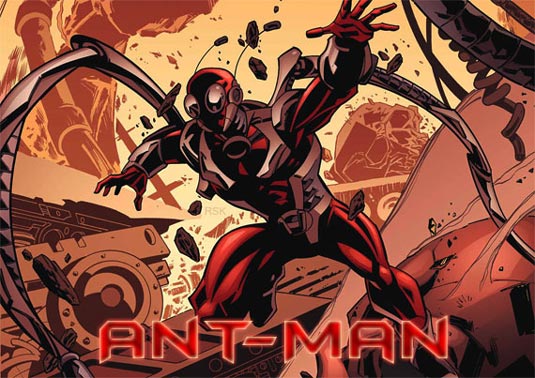 This has been a great week of news for fans of Marvel’s Cinematic Universe as speculation continues to grow for what’s next on the studio’s agenda. Regardless of what the 2014 mystery movie may be or what will happen with Guardians of the Galaxy, things certainly seem to be looking pretty good for Edgar Wright’s Ant-Man project. According to The Hollywood Reporter, Wright has just finished a week-long production on an Ant-Man ‘test reel’. Such mini-projects have become more and more common as a way for the director to pitch his or her own idea for a movie, particularly when the studio may need convincing of the director’s vision (ie, potential look and tone) for the film. An Ant-Man film has long been in Marvel’s sights, having been discussed as Iron Man and The Incredible Hulk first went into production. The project eventually lost momentum as Marvel decided to focus more on the primary superheroes that we all saw in Joss Whedon’s The Avengers. Now with the success of The Avengers under their belt and legions of fans demanding that the studio take the franchise further, Marvel has Ant-Man (among others) back in the lead of superheroes they want to bring to the big screen. We are hoping they’ll have something to show at San Diego Comic Con!
Continue Reading
Advertisement
You may also like...
Related Topics:Edgar Wright, Iron Man, Joss Whedon, The Avengers, The Incredible Hulk