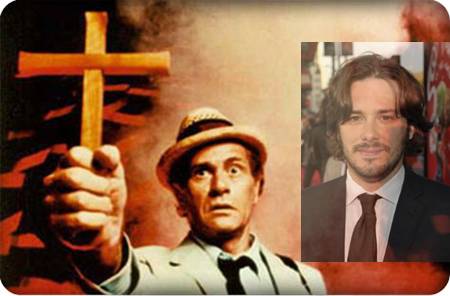 For those unfamiliar, The Night Stalker was a 1972 made for TV movie featuring a tabloid reporter by the name of Carl Kolchak as made famous by Darren McGavi, who, while investigating a case of serial murders, comes to the conclusion that the perpetrator is of the supernatural sort like werewolves, vampires, zombies, aliens and other supernatural beasties. This theory doesn’t fit well, and subsequent adventures saw him go it alone as a renegade paranormal investigator, hunting down all manner of other supernatural phenomenon. Edgar Wright is now attached to direct Walt Disney Pictures’ big-screen version of The Night Stalker, starring Johnny Depp. Depp is looking to be Kolchak, and Shaun of the Dead and Scott Pilgrim man, Wright is aboard to help direct the film from the very start. Depp and his Infinitum Nihil partner Christi Dembrowski will produce The studio has not selected a writer yet. Wright is attached to direct Ant-Man for Marvel Studios and his next collaboration with Nick Frost and Simon Pegg, The World’s End. Depp’s next is the Gore Verbinski-directed The Lone Ranger. Watch the original opening to The Night Stalker: [youtube]http://www.youtube.com/watch?v=-Xfl0m6U8IE[/youtube]