Kirk Jones’ “Everybody’s Fine” will have its world premiere on Tuesday, November 3, 2009, at the American Film Institute (AFI) Fest. Here’s the first poster for the movie. Miramax’s new holiday drama/comedy, a remake of Giuseppe Tornatore’s “Stanno Tutti Bene,” stars Robert De Niro as a widower who, upon realizing his only connection to his family was through his wife, sets off on an impromptu road trip to reunite and reconnect with each of his grown children. What follows is a series of eye-opening experiences for the working-class man as he learns the truth about each of their lives. Written and directed by Jones, the film also stars Drew Barrymore, Kate Beckinsale and Sam Rockwell. The Miramax Films release is due in theaters on December 4th, 2009. 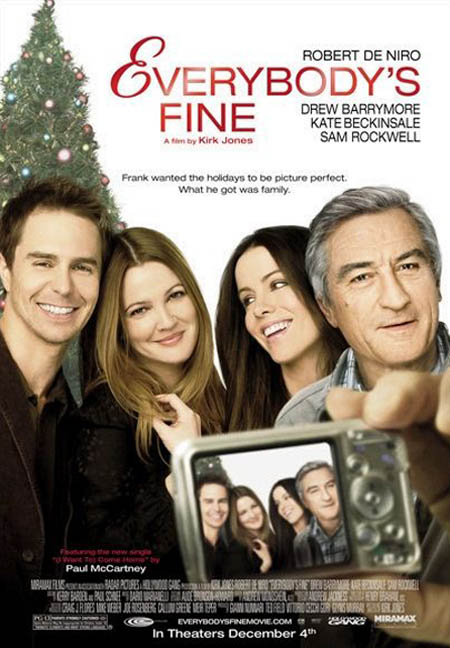