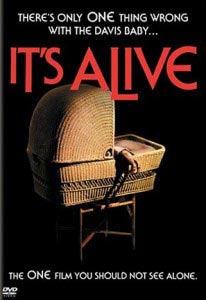 An extended trailer for the upcoming killer baby remake “It’s Alive!” has found its way on to the net. It’s Alive was a movie from the 1974 about a killer babies and it already spawned two sequels of its own (It Lives Again in 1978 and Island of the Alive in 1987). In the remake directed by Josef Rusnak (The Thirteenth Floor), Bijou Phillips (Hostel: Part II) is a mother expecting a baby which turns out to be a monster with the nasty habit to kill when it’s scared. And it’s easily scared… James Murray, Skye Bennett, Raphaël Coleman and Arkie Reece also stars. By how the film looks, it will probably go straight to DVD.
Continue Reading
Advertisement
You may also like...
Related Topics: