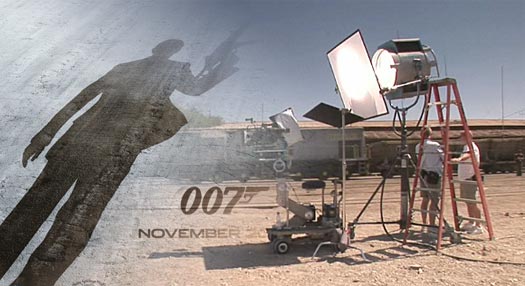 Check out the extended featurette behind the scenes of the new Bond film “Quantum of Solace“. Quantum of Solace continues the high octane adventures of James Bond (Daniel Craig). In a minefield of treachery, murder and deceit, Bond allies with old friends in a battle to uncover the truth. As he gets closer to finding the man responsible for the betrayal of Vesper, 007 must keep one step ahead of the CIA, the terrorists and even M, to unravel Greene’s sinister plan and stop his organization. Quantum of Solace is directed by Marc Forster, of Stranger Than Fiction and The Kite Runner previously. The screenplay was penned by both Robert Wade (Die Another Day, Johnny English, Casino Royale) and Paul Haggis (Crash, Million Dollar Baby, Flags of Our Fathers, Casino Royale). This is the 22nd Bond film in the series that first began back in 1962. Sony will be releasing Quantum of Solace in theaters on November 7th this year.
Continue Reading
Advertisement
You may also like...
Related Topics:Quantum of Solace