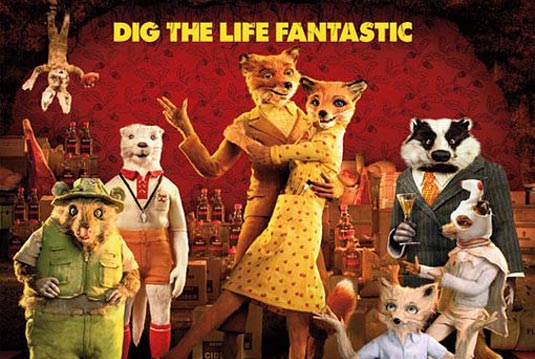 The poster for Wes Anderson’s “Fantastic Mr. Fox” is now online. The stop-motion animated film, based on the classic Roald Dahl book of the same name, features the voice talent of George Clooney, Cate Blanchett, Meryl Streep, Bill Murray, Willem Dafoe, Jason Schwartzman, Helen McCrory, Owen Wilson, Adrien Brody and Brian Cox. Synopsis: “Boggis and Bunce and Bean, One short, one fat, one lean. These horrible crooks, so different in looks, were nonetheless equally mean.” Mr. Fox, Mrs. Fox, and all their fox babies live under a hill under a tree, along with Badger, Rabbit, Weasel, and all of their families. To make ends meet, every night, Mr. Fox steals a meal from one of the three crooked farmers–Boggis, a chicken farmer, Bunce, who has a little bit of everything but only eats duck liver, and Bean, who farms turkeys and apples and subsists solely on apple cider. With his keen sense of smell, and the farmers’ distinctive diets, Mr. Fox has no problem evading them. After so much treatment, the greedy farmers band together to end Mr. Fox. They ambush him at the base of his hole in the hill, and while Mr. Fox survives, his tail does not. Thus begins an obsession on the part of the farmers. They first try to dig the foxes out, but they are out dug by eight sets of paws. Then, they move to starving them out. This is unfortunate, as no other creatures living under the hill (though now more of a valley; a bulldozer was involved at one point) can get out, either. Mr. Fox is not a very popular figure until he chances across the idea of digging under the farmhouses… “Fantastic Mr. Fox,” scheduled to open the 53rd Times BFI London Film Festival on October 14, the movie is set to arrive in theaters across the U.S. on November 13. 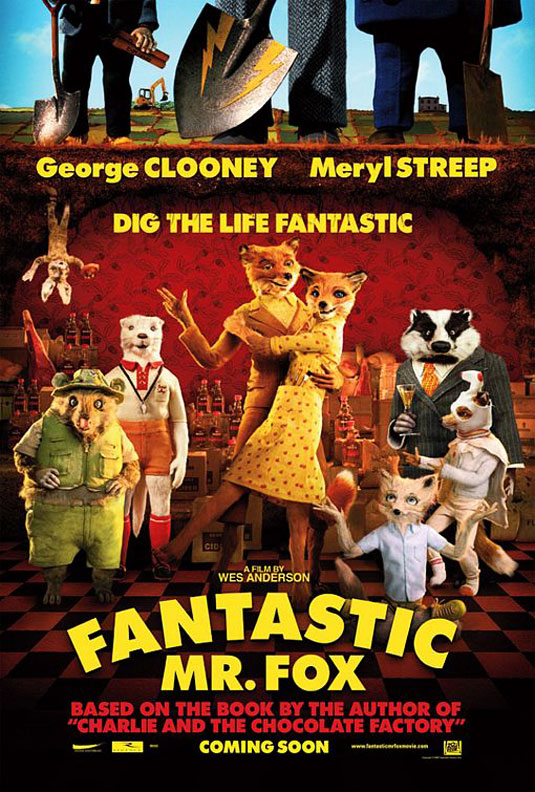