Universal Pictures has finally confirmed the Fast & Furious 6 title and in advance of the Super Bowl spot the studio has revealed the official synopsis for the latest installment of the Fast and the Furious franchise. As earlier reported, Vin Diesel and Paul Walker lead a reunion of returning stars from every chapter to Europe, following the events of Fast Five, although this time Vin Diesel and Dwayne Johnson will be on the same team. Directed by Justin Lin, the anticipated action thriller Fast and Furious 6 opens May 24th, 2013 and also stars Jordana Brewster, Michelle Rodriguez, Tyrese Gibson, Sung Kang, Gal Gadot, Chris ‘Ludacris’ Bridges, Elsa Pataky, Luke Evans and Gina Carano, respectively. Check out the official description:

Vin Diesel, Paul Walker and Dwayne Johnson lead the returning cast of all-stars as the global blockbuster franchise built on speed races to its next continent in “Fast & Furious 6.” Reuniting for their most high-stakes adventure yet, fan favorites Jordana Brewster, Michelle Rodriguez, Tyrese Gibson, Sung Kang, Gal Gadot, Chris “Ludacris” Bridges and Elsa Pataky are joined by badass series newcomers Luke Evans and Gina Carano. Since Dom (Diesel) and Brian’s (Walker) Rio heist toppled a kingpin’s empire and left their crew with $100 million, our heroes have scattered across the globe. But their inability to return home and living forever on the lam have left their lives incomplete. Meanwhile, Hobbs (Johnson) has been tracking an organization of lethally skilled mercenary drivers across 12 countries, whose mastermind (Evans) is aided by a ruthless second-in-command revealed to be the love Dom thought was dead, Letty (Rodriguez). The only way to stop the criminal outfit is to outmatch them at street level, so Hobbs asks Dom to assemble his elite team in London. Payment? Full pardons for all of them so they can return home and make their families whole again. Building on the worldwide blockbuster success of Fast Five and taking the action, stunts and narrative to even greater heights, “Fast & Furious 6” sees director Justin Lin back behind the camera for the fourth time. He is supported by longtime producers Neal H. Moritz and Vin Diesel, who welcome producer Clayton Townsend back to the series. 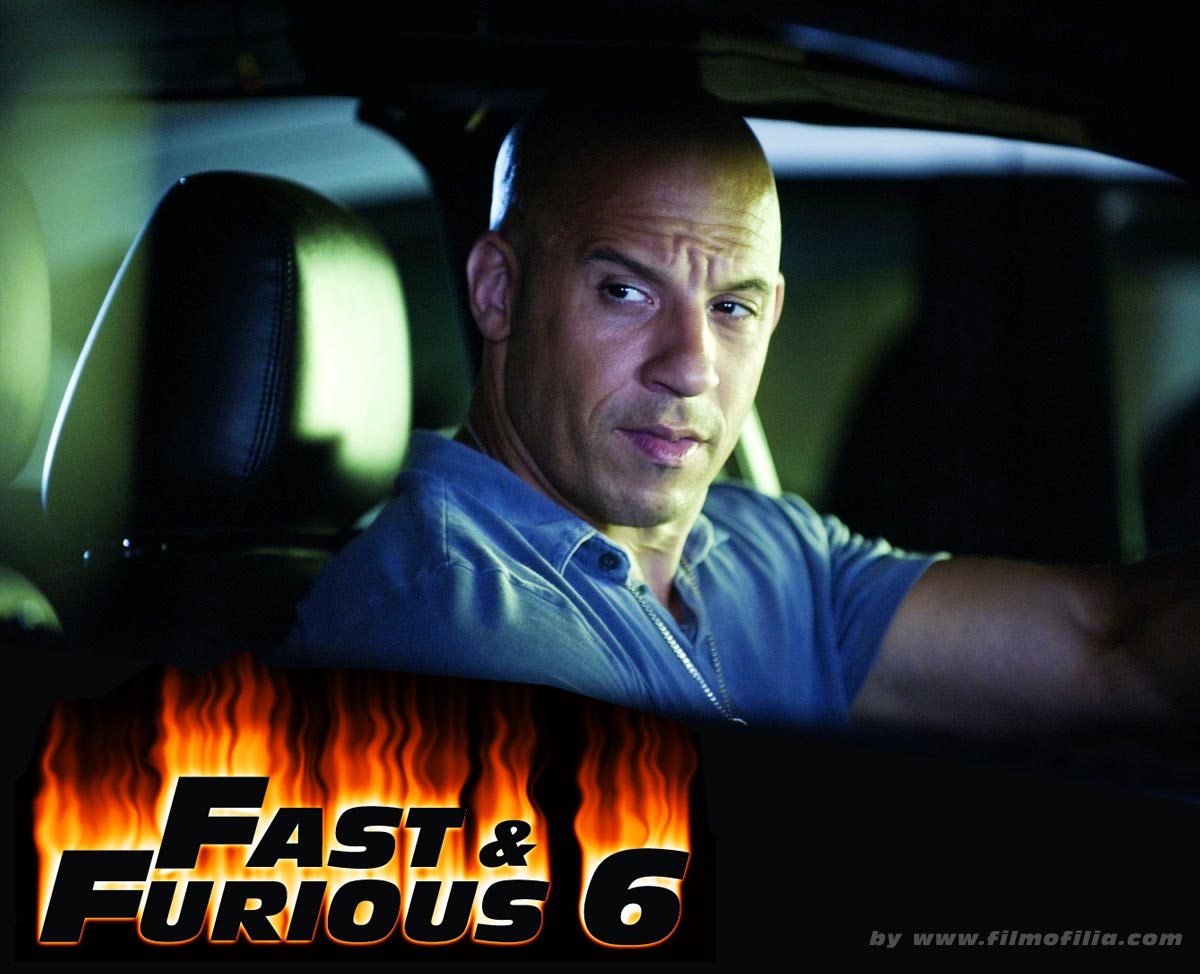