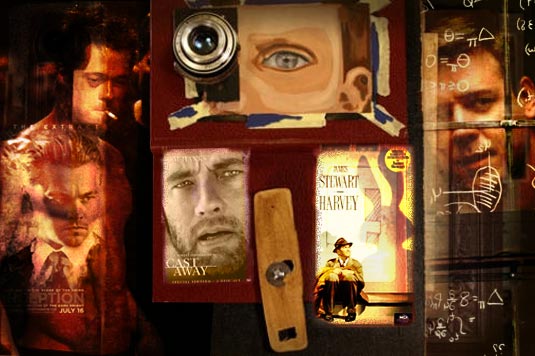 I’ve found that non-existence is in no way a hindrance to creating a compelling characters. In fact, as I hope this list proves, sometimes imaginary characters outshine those who are supposedly “real”. This list will contain spoilers – so there is your obligatory warning. 5) Wilson the Volleyball – Castaway – If I was trapped alone on a island for a few years I would probably make up my own friend too. Of course I’d also most likely die a horrible, lonely death. Tom Hanks isn’t going out that way – he’s getting back home and taking his bloody-faced volleyball with him. I have to say, the scene where Wilson floats away is very emotional – Hanks pulls it off quite well, considering it is a volleyball – heck, I feel worse for Hanks than I do for pretty much any couple in a mindless romcom. In my ending, Wilson washes ashore, is recycled into a brand-spanking-new volleyball and goes on to be the volleyball that the U.S. uses to win Olympic gold – who cares what happens to Hanks – Wilson needs a happy ending too.

4) Harvey the Rabbit – Harvey – I admit I enjoy a drink every now and then. And there have even been times when I probably should have quit when I was ahead. However, no matter how much I’ve had, I never had the pleasure of chatting up a giant rabbit. Luckily for me, I can live vicariously through James Stewart’s Elwood P. Dowd. Unlike the uber-creepy giant rabbit in Donnie Darko, Harvey is much nicer character and makes Elwood a cheerful man himself. Sure, his sister wants him committed, but that just gives him opportunity to mend his family life. See? Having a giant, invisible rabbit for a friend can really pay off sometimes.

3) Mal – Inception – It’s bad enough when your mind plays tricks on you in waking life – when you happen to be in someone else’s mind, well, things tend to get even more complicated. Leonardo DiCaprio’s character, Cobb, seems to have a bit of an issue getting over his wife’s suicide and it manifest itself in interesting ways: like trains suddenly appearing in the middle of the street, people being killed (i.e. awakened) for no good reason and generally messing up your plans. Considering how intricate and detailed those plans are, having a unforgiving part of your own mind take over can lead to a sub-optimal outcome. Depending on your view of the ending, Cobb is either back to being a happy father or trapped in an endless dream (still happy, I guess) deep in the bowels of his own mind. Good or bad – it all leads back to Mal. 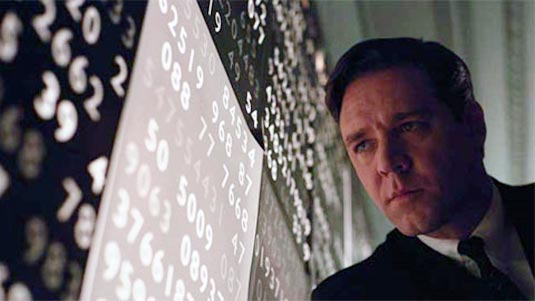 2) Technically a tie – Charles and Parcher – A Beautiful Mind – The fact this is based on the true life of brilliant mathematician John Nash, who none-the-less suffered from schizophrenia, makes the characters all the more powerful. Charles is presented as a Nash’s roommate and lit student while Parcher is a shadowy operative who recruits Nash to prevent a communist conspiracy. Both also happen to exist only to Nash. Yes, the film took liberties with the real story of Nash, but it doesn’t reduce the impact these characters have. Just take a moment to imagine if someone you interact with on a daily basis turned out to exist only within your mind. It’s both a chilling and thought-provoking idea.

1) Tyler Durden – Fight Club – Throughout the film Brad Pitt’s Tyler Durden is the alpha-male, take-charge, no-holds-barred and generally kick-ass leader of Fight Club and later Project Mayhem. Meanwhile Edward Norton’s nameless character seems to be along for the ride – he takes part but never takes the lead. When things start to get a little too dangerous he tries to stop things… only to find that the man he knew as Tyler Durden is, well, himself. Is the nameless character the figment, or Durden? You can watch the film multiple times and form a new theory each time – that’s what makes Durden the ultimate imaginary character in my mind.

Chris Kavan is relatively certain he well and truly exists. He is the community manager for FilmCrave.com, leader in new DVD releases.