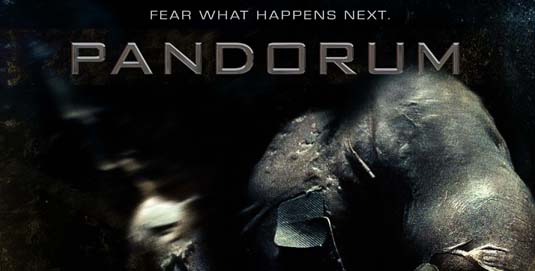 A brand new and the final poster for the upcoming sci-fi thriller “Pandorum” has been released. Check the Hi-Res poster out below. Directed by German filmmaker Christian Alvart and written by Travis Milloy the movie stars Dennis Quaid, Ben Foster, Antje Traue and Cung Le. If you haven’t seen the trailer for “Pandorum” you can watch it here. Take a look also at some Hi-Res images from the movie. The film takes place 500 years in the future when the human race is trying to migrate from an Earth dying of climate change to a new planet. In the movie, two crew members wake up on an abandoned spacecraft with no idea who they are, how long they’ve been asleep, or what their mission is. The two soon discover they’re actually not alone and the reality of their situation is more horrifying than they could have imagined. “Pandorum” is scheduled to be released on September 25, 2009.