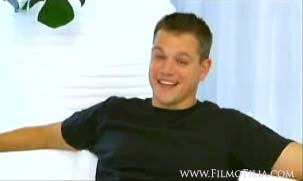 …In the tub, in the car, up against the mini-bar… Well, OK…Enough! :-P Though it was hinted earlier that “The Bourne Ultimatum” would be the last of Bourne’s film series, it is reported that Matt Damon is going to once again reprise his role as Jason Bourne. According to Variety, Matt Damon has been signed by Universal Pictures to do the fourth film ‘Untitled Bourne 4 Project’. Marc Shmuger and co-chairman David Linde managed to persuade the movie star to play his iconic character once again. Variety also reported that Universal have also landed helmer Paul Greengrass, the director of ‘The Bourne Supremacy’ and ‘Ultimatum’, to direct the fourth project. Prior to the outing of the fourth Bourne’s project, the third film’s franchise has been awarded with three Oscars for Best Film Editing, Best Sound and Best Sound Editing at the 80th Annual Academy Awards. Aside from winning Oscar, the film that is starred by Damon, Julia Stiles and David Strathairn has also earned a commercial success earning $227.5 million domestically and $442.9 worldwide.
Continue Reading
Advertisement
You may also like...
Related Topics:Jason Bourne, Matt Damon, Paul Greengrass

DiCaprio to Play Support to Mark Wahlberg?
Who Would You Want to Play You in a Movie?
Advertisement