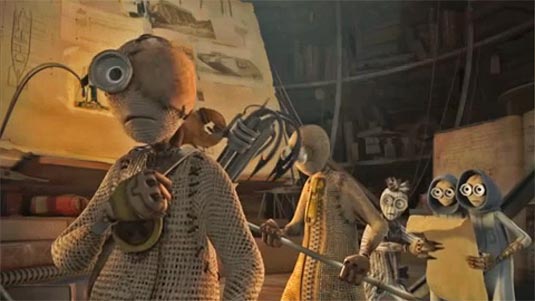 After an official trailer of “9,” released around Christmas time, a new clip from animated adventure / fantasy / Sci-Fi movie was outed. The movie based on Shane Acker’s Academy Award-nominated 2005 short “9″ is a post-apocalyptic nightmare in which all of humanity is threatened. Synopsis: When 9 (Elijah Wood) first comes to life, he finds himself in a post-apocalyptic world. All humans are gone, and it is only by chance that he discovers a small community of others like him taking refuge from fearsome machines that roam the earth intent on their extinction. Despite being the neophyte of the group, 9 convinces the others that hiding will do them no good. They must take the offensive if they are to survive, and they must discover why the machines want to destroy them in the first place. As they’ll soon come to learn, the very future of civilization may depend on them. The group includes “1” (voiced by Christopher Plummer), a domineering war veteran, “2” (Martin Landau), an aged inventor, “5” (John C. Reilly), a stalwart mechanic, “6” (Crispin Glover), a visionary and artist, “7” (Jennifer Connelly) a brave warrior and “9” voiced by Elijah Wood. 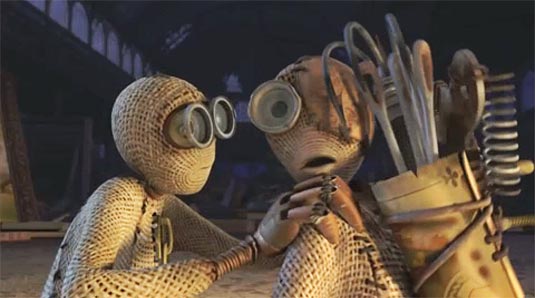