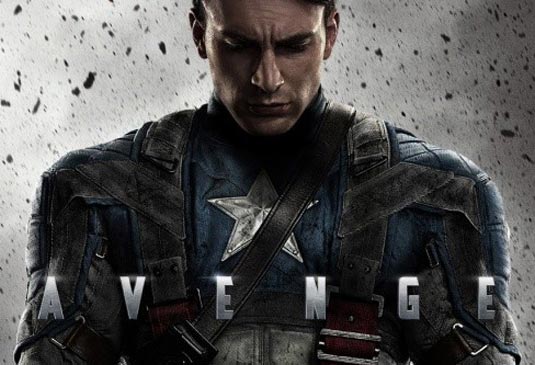 The first poster for Captain America: The First Avenger has debuted online, courtesy of Marvel and Paramount.

The film is set in 1942 and tells the story of how Steve Rogers (Chris Evans) goes from a skinny kid with an itch to kill Nazis to a superhero called Captain America, thanks to a top-secret military program called Project: Rebirth. Haley Atwell plays his love interest, Major Peggy Carter, while Sebastian Stan has stepped into the role of sidekick Bucky Barnes. Hugo Weaving, meanwhile, plays Red Skull, Hitler’s über-evil weapons chief and, inevitably, the Captain’s adversary after he forms plans to use a fantastical device called the Tesseract to conquer the world.