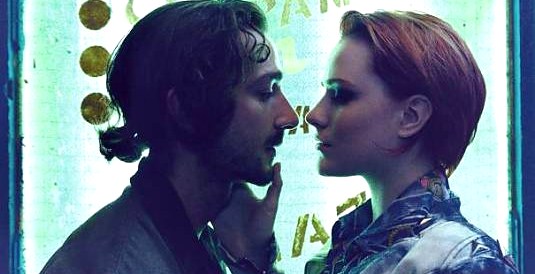 As we reported earlier today, Fredrik Bond‘s film The Necessary Death of Charlie Countryman is one of the titles that will compete for the Golden Bear statue at the 63rd Berlin International Film Festival. You already had a chance to see some images with Shia LaBeouf and Evan Rachel Wood at our site, but today – it’s action time, ’cause we finally have the first clip from the whole thing to share! Enjoy!

Fredrik Bond directed the movie from a script written by Matt Drake which follows a guy named Charlie Countryman who must undergo a dark and brutal trial by fire to save the love of his life – a woman named Gabi, who’s claimed by a violent crime boss. As we previously reported, Shia LaBeouf plays the title character, while Evan Rachel Wood stars as his love interest Gabi. The rest of the cast includes Mads Mikkelsen, Melissa Leo, Til Schweiger and Rupert Grint. The Necessary Death of Charlie Countryman premiered on January 21st, 2013 at the Sundance Film Festival and as we said – it is scheduled to be screened in competition at this year’s Berlinale which starts tomorrow.

Charlie Countryman was just a normal guy… until he fell in love with the one girl who will probably get him killed. When Charlie meets the absolutely irresistible Gabi she’s already been claimed by Nigel, an insanely violent crime boss with a gang of thugs at his disposal. Armed with little more than his wit and naïve charm, Charlie endures one bruising beat down after another to woo Gabi and keep her out of harm’s way. Finally his exploits of blind valor create such a mess that he’s left with only one way out; to save the girl of his dreams, must Charlie Countryman die?

Let us know what you think about the movie, and stay tuned for more!