The first official poster for Christopher Nolan‘s “Inception” has been revealed. Check it out below.

The movie, both written and directed by Oscar nominated British filmmaker Christopher Nolan (“Insomnia,” “Memento,” “The Prestige,” “Batman Begins,” “The Dark Knight”) has been described as a “contemporary sci-fi actioner set within the architecture of the mind.”

A sci-fi thriller set “within the architecture of the mind,” Leonardo DiCaprio plays a CEO type that involved in a blackmailing scandal.

The movie opens conventional and IMAX theaters on July 16, 2010. 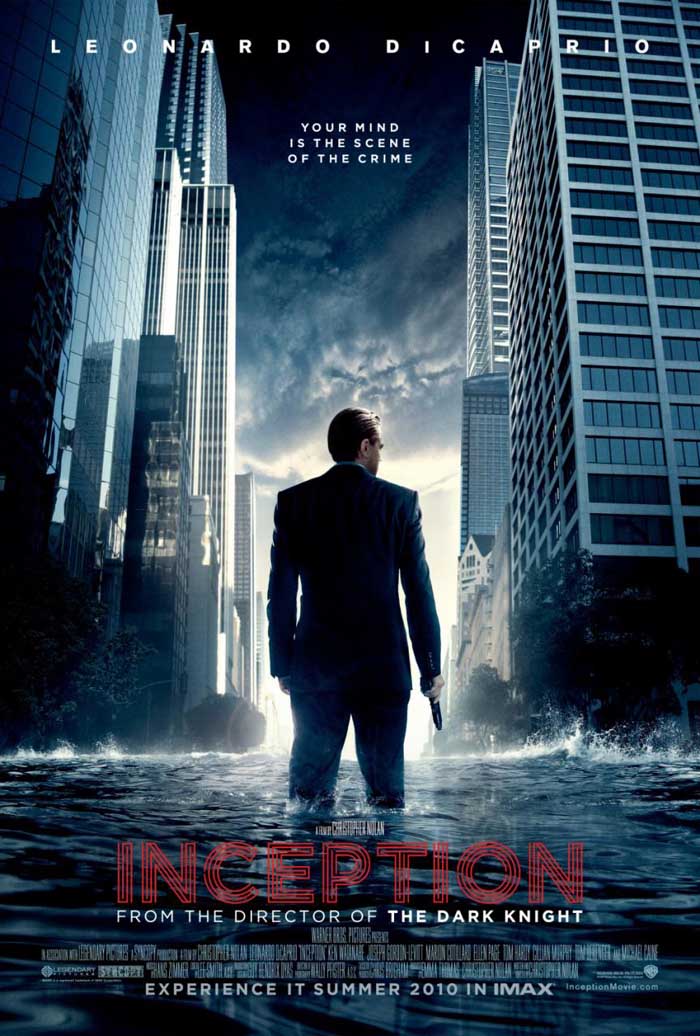