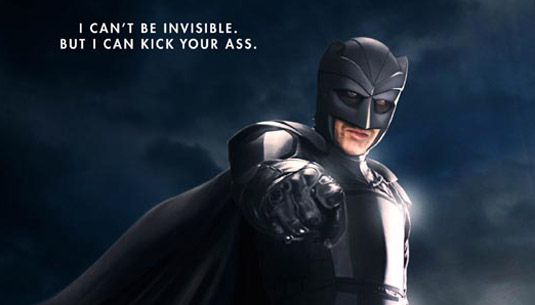 Take a look at a restricted clip from Matthew Vaughn’s adaptation of Mark Millar’s comic book “Kick-Ass” featuring Big Daddy and Hit-Girl (Chloe Moretz) that was shown at the San Diego Comic-Con. Check out also the new character poster for the movie. “Kick-Ass” tells the story of average teenager Dave Lizewski (Aaron Johnson), a comic-book fanboy who decides to take his obsession as inspiration to become a real-life superhero. As any good superhero would, he chooses a new name — Kick-Ass — assembles a suit and mask to wear, and gets to work fighting crime. There’s only one problem standing in his way: Kick-Ass has absolutely no superpowers. His life is forever changed as he inspires a subculture of copy cats, is hunted by assorted violent and unpleasant characters, and meets up with a pair of crazed vigilantes, including an 11-year-old sword-wielding dynamo, Hit Girl (Chloë Moretz) and her father, Big Daddy (Nicolas Cage). “Kick-Ass” opens theaters April 16, 2010. 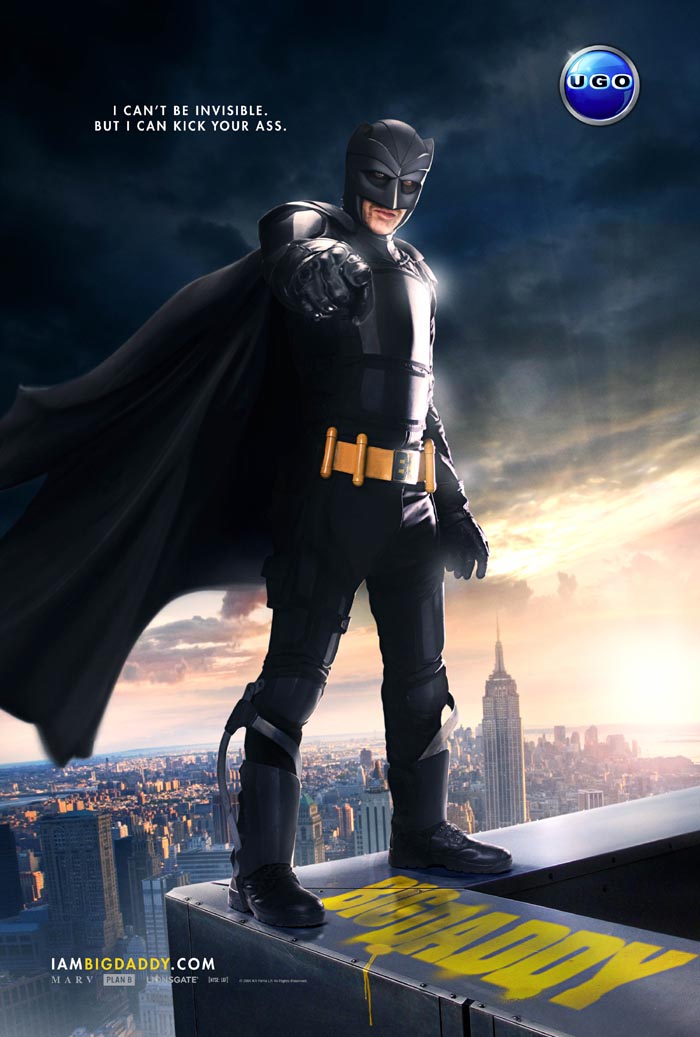