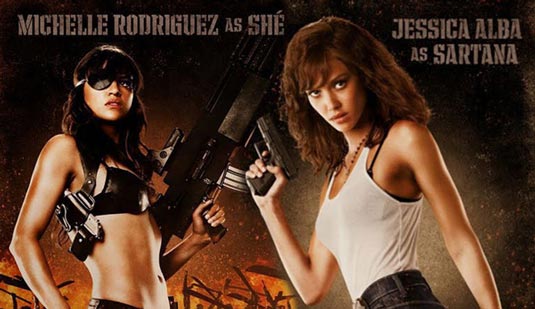 So far the Grindhouse expansion Machete Kills (In case you forgot, Grindhouse consists of Planet Terror and Death Proof) has teased a Lady Gaga, Marko Zaror and William Sadler character posters and some brief footage behind the scenes with Mel Gibson, who plays a villain in the film.

Now we finally have our first official still from the sequel and it features Amber Heard (Dive Angry) as a blonde Miss San Antonio trying to seduce Danny Trejo as Machete himself. Have a look:

The film has been picked up by Open Road films for distribution and will be released sometime in 2013.