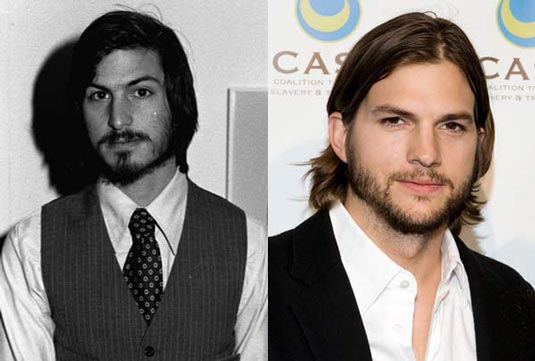 The Joshua Michael Stern-directed Steve Jobs biopic that stars Ashton Kutcher as titular ‘visionary’ has unveiled a first image, thanks to Variety. If there was ever a doubt, the first official shot proves that Kutcher is quite a match for the young Jobs, looks-wise. Have a look below:

What’s less certain is whether Kutcher will have the dramatic chops to carry a performance that’ll be so closely scrutinised, but if he does pull it off, it’ll surely be a gamechanger for him. Synopsis:

The true story of one of the greatest entrepreneurs in American history, jOBS chronicles the defining 30 years of Steve Jobs’ life. jOBS is a candid, inspiring and personal portrait of the one who saw things differently.