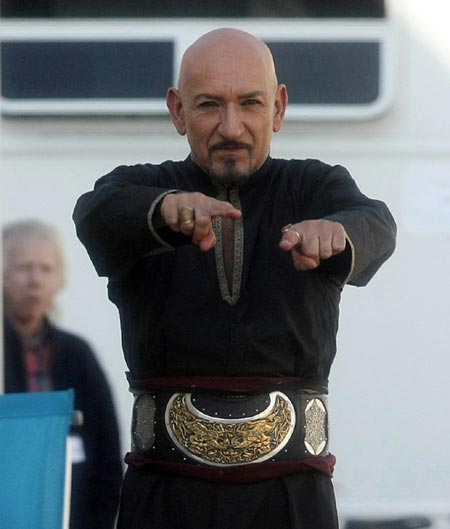 Defamer has a first look at Sir Ben Kingsley as Nizam in Prince of Persia gear for the upcoming Walt Disney Pictures’ flick ” Prince of Persia: The Sands of Time,” which is based on the popular video game.

In the film, Jake Gyllenhaal will play Dastan, a young Prince who teams with an exotic princess named Tamina (Gemma Arterton) on a mission to stop “a villainous nobleman from possessing the Sands of Time, a gift from the gods that can reverse time and allow its possessor to rule the world,”

Ben Kingsley will play the villain Nizam, who plots to kill his brother King Shahrman and blame it on Prince Dastan so he can take the throne.

Prince of Persia: The Sands of Time hits theaters on May 28th 2010.