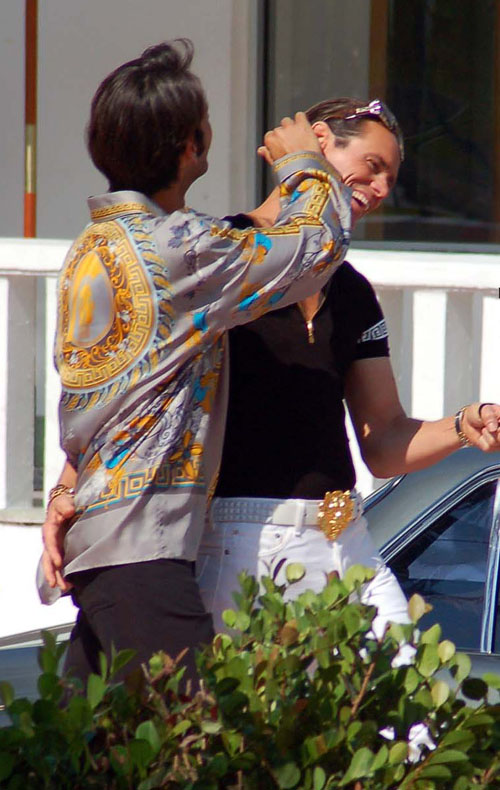 These are the first pictures of Jim Carrey in the upcoming comedy I Love You Phillip Morris, where Carrey plays a married father who gets sent to prison and falls in love with a cell mate. His love leads him to make several escape attempts. Leslie Mann and Ewan McGregor co-star. Last week actors McGregor and Jim Carrey reportedly visited a gay bar together in preparation for their roles.