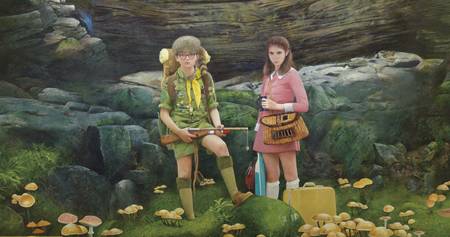 Moonrise Kingdom tells the story of two twelve-year-olds who fall in love, make a secret pact, and run away together into the wilderness of New England in the summer of 1965. 2012 brings us Moonrise Kingdom, slated to hit theaters on May 25th, the first trailer that already hit the web and now the promotions for the movie has just picked up — truly classy and definitely a piece of art (kinda). The one-sheet poster is done in a vain of Wes Andrerson’s previous works, featuring film’s protagonists Sam (Jared Gilman) and Suzy (Kara Hayward), whose eloping is overshadowed by a gathering storm. The film stars Bruce Willis, Edward Norton, Bill Murray, Frances McDormand, Tilda Swinton and Jason Schwartzman. The script is co-written by Anderson and Roman Coppola. Enjoy! 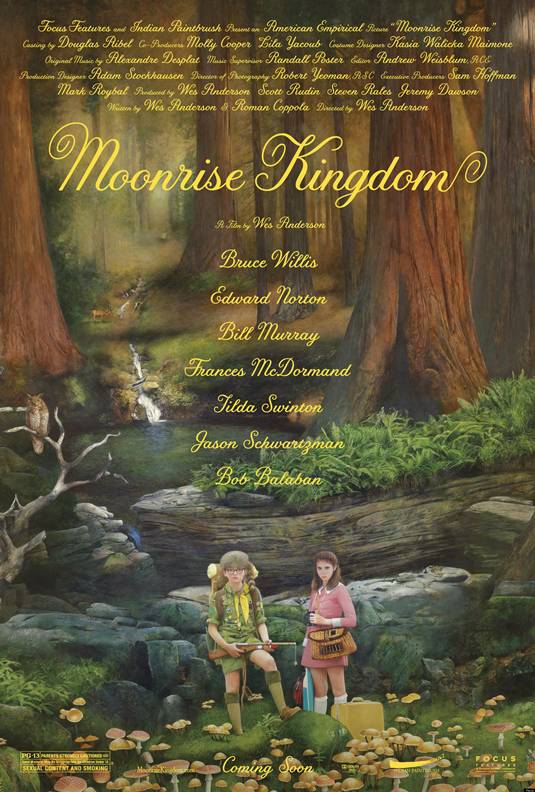