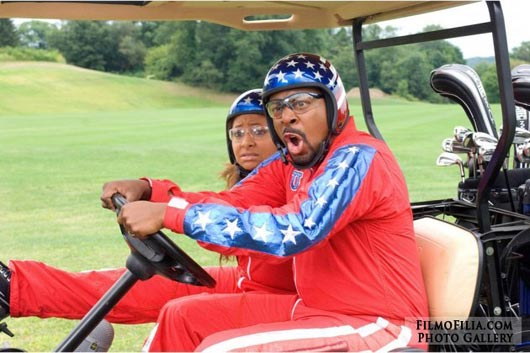 College Road Trip is a comedy about a college-bound girl (Raven-Symone) who has her hopes of independence shattered when her overbearing police chief father (Martin Lawrence) insists on escorting her on a road trip to prospective universities. Synopsis

A high-school student (Raven Symone) with noble dreams of becoming a public defender sets out to visit potential universities in the unwanted company of her father (Martin Lawrence) — an overprotective cop — in this road trip comedy produced by Andrew Gunn and directed by Roger Kumble. Melanie (Symone) is about to graduate high school, and she’s ready to take her first step toward adulthood by hitting the road to explore her college prospects with a few close female friends. But despite the fact that this trip is strictly “girls only,” Melanie’s father isn’t comfortable with the prospect of his little princess hitting the road without an adult chaperone — and what better guardian to have while you’re out on the open road than the chief of police himself? Of course, while Melanie’s father only has the best of intentions, his presence on a trip that was designed to mark his little girl’s emergence as a young adult leads to an endless series of comic complications.