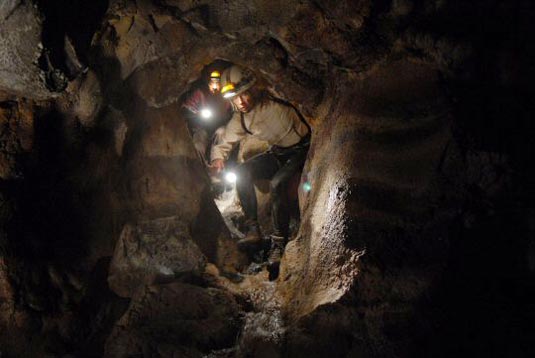 The first TV spot for “The Descent: Part 2,” starring Shauna MacDonald, Myanna Burning, Alex Reid, Saskia Mulder, Nora-Jane Noone, Natalie Jackson Mendoza, Gavan O’Herlihy, Joshua Dallas, Anna Skellern, Douglas Hodge and Krysten Cummings, has appeared online. Sarah (Macdonald), emerges alone from a cave system following an expedition with her five friends in the Appalachian mountains. Distraught, injured and covered in the blood of her missing companions, Sarah is incoherent and half-wild with fear. Skeptical about her account of events and convinced Sarah’s psychosis hides far darker secrets, Sheriff Vaines forces her back into the caves to help locate the rest of the group. Trapped by falling rocks, the rescue party are driven deep into the caverns, and as one by one the fate of the missing girls is revealed, Sarah is forced to confront her deepest fears. “The Descent: Part 2” is directed by Jon Harris, who is making his helming debut. Lionsgate is distributing, but has not set a release date yet. [flv]http://www.kinogallery.com/trailers/D/kinogallery.com_descent2_TV1.flv[/flv]
Continue Reading
Advertisement
You may also like...
Related Topics: